Klik records welcomes a new project in it’s roster and presents the debut album of 9west “Heart Shaped Moon”. Tikis and Exarhos come from Thessaloniki. In a city where electronic music has traditionally been highly appreciated, at a really young age they realized their common music dreams and decided that from then on the globe would be their boundaries. Using house music  as a base they craft their sound using as tools  their musical instruments as well as everything that technology has to offer. Dubby rythms, transformed vocals, bass that will never let you stand still and clever melodies create a scenery nobody wants to leave from. They manage to infuse their music into their influences from jazz and soul without changing the basic idea but giving tones of warmth and nostalgia.

9west will present their “Heart Shaped Moon” album for the first time in Athens on Friday April 17 at ΦΟΥΑΡ club, after 22:00 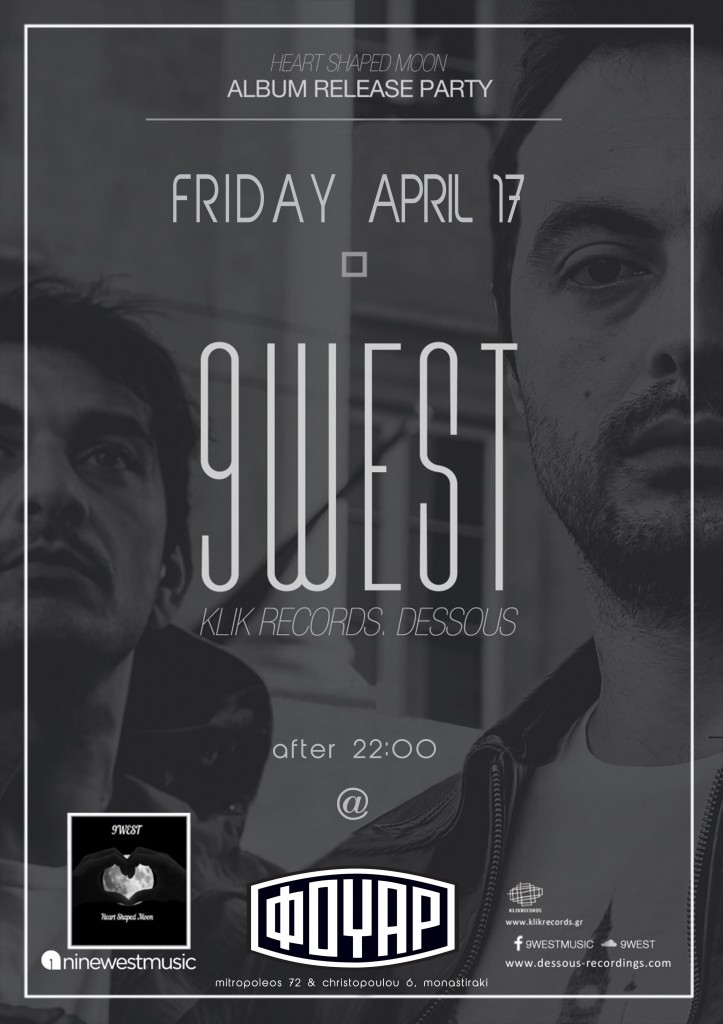